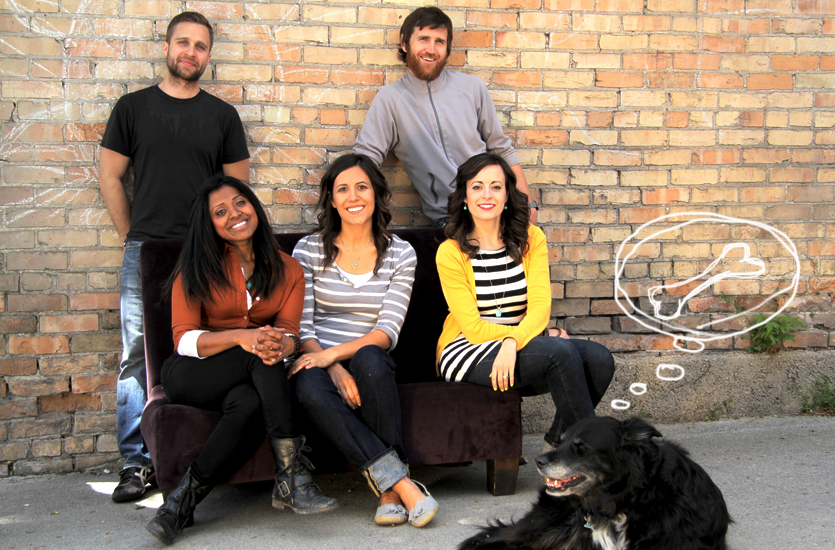 Chantelle Squires Olsen fell in love with filmmaking through her passion of editing. During her senior year in college she decided to director/writer/producer Reserved To Fight, a feature length documentary that ended up receiving finishing funds from ITVS and aired nationally on PBS November 2008. Reserved to Fight was then broadcasted in 9 countries around the world and is now used as training for the National Guard. She then went on to edited Moving McAllister, an independent feature film starring Jon Heder and Mila Kunis. She was also the assistant editor on the feature film trilogy, The Work and The Glory. She was invited to edit a short documentary for the Slamdance Film Festival On The-Fly-Films competition in 2004, while working as an in-house editor for the LDS Motion Picture Studios from 2003-2004 editing documentaries for PBS, commercials and short films. She directed a 30 second PSA about literacy, which was a Telly Award finalist. Then Olsen went on to direct a 3-part documentary/reality series about Mormon missionaries and executive produced the 13-episode docu-reality series, The Generations Project: Season 3, currently airing on BYUtv. Olsen then produced and edited the pilot episode of the show Chasing Skeletons for BYUTV. Currently Chantelle is co-directing the upcoming documentary, Children In The Garden of Democracy following revolutionaries in Egypt. She was also invited to serve on the board of directors for the Integrative Health Network. Together with Manju Varghese, Olsen started MirrorLake Films in 2008. Olsen studied film at Brigham Young University. When Chantelle is not involved in filmmaking she is spending time with her family, playing her banjo and writing songs.

Manjula Varghese fell in love with storytelling by listening to her father share colorful fables from their native country of India. When she was invited to produced Reserved To Fight, a feature length documentary she didn't realize the journey she would end up taking through filmmaking. She produced Reserved To Fight by receiving finishing funds from ITVS which then aired nationally on PBS November 2008. While still in school she produced and directed the film, The Sari, an experimental short film that looks at the ancient tradition of wearing the sari amongst East-Indian women, the film premiered at the LDS film festival and was awarded “Best Documentary Film” at the BYU Film festival on 2004. After graduating college she worked in many areas of production; and was the cinematographer of Free, a film that premiered at Slamdance in 2004. Moved by the impact of the 9/11 attacks on Middle Eastern community living in America she decided to direct the documentary, Reflections of America, which delves into the cultural struggles of an Iraqi-American family post 9/11. In 2008 Varghese, directed a 30-minute documentary which aired for the BYUtv series LDS LIVES episode Chante Wouden: Faith and Miracles a film that follows the experience of a 3 time cancer survivor. The film premiered at the LDS Film Festival in 2008. Manjula then went on to produced the 3-part documentary/reality series about Mormon missionaries called, The Mission. Manjula then went on to executive produce the 13-episode docu-reality series, The Generations Project: Season 3, which is currently airing on BYUtv. Recently, Manjula produced the pilot episode of Chasing Skeletons for BYUTV. She is the producer and is on the creative team of the upcoming documentary, Children In The Garden of Democracy which follows revolutionaries in current day Egypt. Manjula is developing and co-directing the documentary WhiteWashed. Varghese started working together with Chantelle Olsen in 2003 and started MirrorLake Films in 2008. The two met and began collaborating on projects while studying film at Brigham Young University. Varghese is passionate about utilizing her talents and skills to building positive change in the community both locally and internationally she has loved collaborating with non-profit organizations like Salt Lake Cap HeadStart and Choice Humanitarian. Manjula's ability to create goes beyond filmmaking and can also be found in the kitchen - she makes a mean chicken tikka masala.

Before joining MirrorLake Films, VanWagenen was a litigator for the boutique law firm Stucki Steele & Rencher (formerly Stucki Steele Pia Anderson & Rencher) in Salt Lake City where his litigation and entertainment law practice emphasized preparing and structuring contracts for motion pictures and other media projects, including the documentary, Hi My Name is Ryan, the independent feature My Girlfriend’s Boyfriend (starring Alyssa Milano), the PBS documentary Reserved to Fight (a PBS documentary), and Age of the Dragons (starring Danny Glover). He also assisted in litigation matters involving motion picture financing, copyright and trademark issues, insurance defense, and real estate lending issues. Mr. VanWagenen graduated from the S.J. Quinney College of Law at the University of Utah where he was selected as a note and comment editor for the Journal of Land, Resources, and Environmental Law, and received an S.J. and Jessie E. Quinney Foundation Scholarship which is given to law students who reflect the attributes of academic excellence, integrity and service, for which the law school’s namesake was known. While in law school, Mr. VanWagenen clerked in the business and legal department for Newline Cinema in Los Angeles, which produced the Lord of the Rings trilogy. Mr. VanWagenen also received a graduate certificate in Environmental and Natural Resources Law upon graduation from law school. After law school, Mr. VanWagenen produced a documentary series on humanitarian aid work, entitled Acts of God, which won a Cine Golden Eagle award in 2008. Prior to attending law school, he volunteered as a United Nations consultant, using his soccer experience to implement sustainable soccer programs for refugees living in northern Uganda through the renowned international NGO, Right to Play. Van Wagenen, recently also produced the pilot episode of the show Chasing Skeletons. Currently Arthur is co-directing the upcoming documentary, Children In The Garden of Democracy. He lives with his wife and two children in Sandy, Utah at the base of the majestic Wasatch Mountains. If Arthur has time to spare he can also be found running around on the soccer pitch.

Raquel Marvez is a native of Madrid, Spain, joined Mirrorlake films after working at CNN Atlanta, CNN London, and the United Nations. She finished her undergraduate with an honors in Journalism, and then completed her Masters in Communications at Brigham Young University. Raquel has released various publications, including articles that have been featured in the New York Times. Raquel began her professional career in journalism, having had the opportunity to film breaking news, such as the conflict of Russia and Georgia. Journalistic reporting naturally evolved into documentary programming. Raquel has spent the last few years producing and directing The Generations Project, a successful program which has been airing nationally. Marvez has recently directed the pilot episode of the show Chasing Skeletons. Her projects have carried her all over the globe to film in countries such as: Jamaica, Scotland, Egypt, Denmark, etc. Raquel is a wiz at languages not only is she a native spanish speaker but she can also speak, English, Italian, and French. Though journalism is her passion she has also ventured out and competed in Spain's national gymnastic tournaments. Most recently she has been developing her passion for photography in her spare time.

Joshua Sarlo teamed up to collaborate with Mirrorlake Films in 2008. Sarlo, became mesmerized by the power of film and began pursuing filmmaking and motion graphics while studying at the University of Utah. In 2007 Sarlo began collaborating with Jiffy Lube on their “What Drives You?” Scholarship program conducted in (UT, AZ, NM, OR) and created the film “Fill a Bag, Feed a Family.” Because of their success in 2007, Sarlo was invited to collaborate with their team again in 2008. Since then Sarlo has creatively collaborated with various filmmakers on commercials for DTS, FreshMarket and Real Salt Lake web videos for 1800 contacts. In 2009 Sarlo was the lead graphic designer on the 3-part documentary/reality series about Mormon missionaries called, The Mission. In 2010 he began working as an editor on a few of the episodes of The Generations Project Season 3 (TGP), while also being the lead graphics designer for the series. In 2012 Sarlo was one of the lead editors of the pilot episode of Chasing Skeletons. And most recently Sarlo edited the Mason Jenning's episode of the music tv series Audiophiles. He is the co-director on the upcoming documentary WhiteWashed. If he is not behind a computer finishing out a project, you can find him behind a camera starting his next one. Josh's talents of speaking Italian, playing the guitar and telling terrible jokes have also gotten him out of some very tight spots.